Recollections Of An Art-Full Life 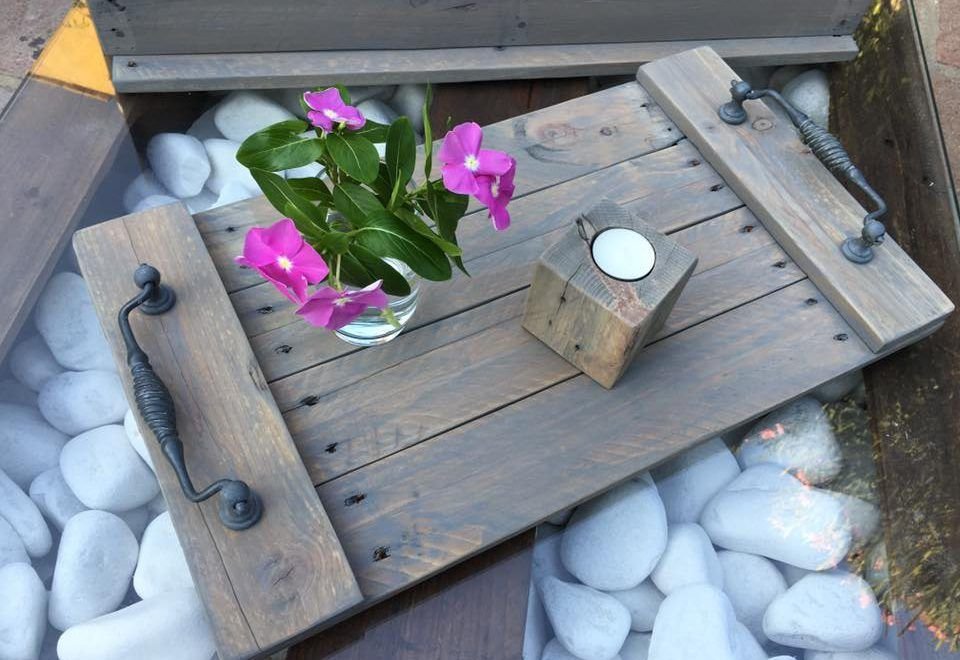 Desk-bound today which has got me musing and a chance glimpse of an old photograph has inspired a whole host of memories! A retail manager by trade and yet I’ve spent most of my adult life painting! How did this happen?

The earliest commercial drawing venture I can remember was around 9 years old when Andrew West and I were selling pencil drawings of the Wombles and Lady And The Tramp characters for 2p each at primary school. This led onto drawings of birds and dogs too, copied from Penguin guides. In middle school and high school I graduated to drawing rock group album art onto friends’ school bags which looking back must have been very unpopular with parents. Did you have an Adidas or Gola bag emblazoned with Deep Purple or Rainbow on it? I wasn’t allowed to but happily drew for others!

Then at 16 we ‘emigrated’ to the tiny village of Barr in South Ayrshire Scotland where the real play with creativity began. Stepping off the train in Girvan for the first time with Mum and not even seeing many sheep for the 7 miles to the village was a big shock! The village is deep between hills with two rivers running through it and open to the extremes of weather. School there was Sacred Heart Academy. Previously a boarding school it was a tiny convent in the throes of closing down and if memory serves me right there were only 150 pupils right from reception up to 18! No hiding there and no excuse but to do well, both in terms of the quality of teaching and pupil teacher ratio!

Three of us in the class to do Scottish Higher and Sixth Year Study Art and blessed with an Art teacher who was both an inspiring teacher and a professional artist, James Harrigan. He could teach anyone to paint or draw! Only the fondest memories of painting the fishing boats in Girvan Harbour, afternoons drawing at Culzean Castle and mastering the ‘art’ of still life. A stand-out memory is of doing a life size clay sculpture of Tony Ferrie’s head in clay and him doing me at the same time. It took us weeks to do and was very like the forensic build on skeletons to produce an identity- made all the funnier as we both had lots of hair, though Tony has since tamed his curls! Our clay heads looked more like neanderthals or Lionel Richie at the end of it but Tony’s head stayed with me for years, think it was lost somewhere in the move to Spain. At the end of it all I gained an ‘A’ , toyed with Glasgow Art School but opted for Glasgow University instead. Mr. Harrigan was disappointed with my choice but said I would probably come back to art when I had children which proved to be true! He continues to be a celebrated Scottish landscape artist and is still exhibiting.

So the Uni years were art- sterile I think. A flair for display, colour coordination etc was an advantage in the retail phase and it still can cause me heart palpitations if in my opinion something isn’t displayed properly in Dunnes or an advantage is being missed in Zara! Like they care!

Marriage to Joe and within a year Hannah arriving and BANG wanted to create things again! Joe ran three fitted furniture shops for his father and I started making/sewing gifts to sell from the one in Arundel, West Sussex. 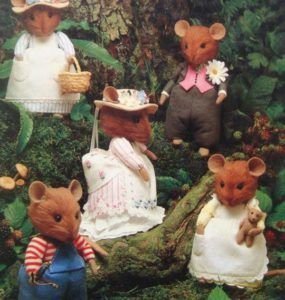 The gifts included the characters from Brambley Hedge as shown above. They sold really well but as you can imagine were hardly cost effective as they were so time-consuming, even the baskets were hand-woven! You name it I sewed it and the creative play had started again.

We moved to Spain in 1992 with Hannah at 16months and Tom on the way. Straight away Joe started doing Fuengirola car boot fair selling chests of drawers and bedside units, and best of all booking measures for kitchens and bedrooms. I drew a Mickey Mouse on an off-cut of MDF which we sold and that started my next project! As a new Disney film was released we added new characters to the portfolio and sold them every weekend from the market and my parents’ restaurant. I also did a lot of sign-writing for bars and restaurants as vinyl lettering was as yet unheard of! ‘Real Bisto Gravy’ on your menu board was a people pleaser, how many times did I write that! Those days were magical, did some fantastic jobs, from piano keys on bar-tops, giant haystacks…. I could go on and on.

This was always done around and about the children, it was like the ‘Elves and the Shoemaker’ when they went to bed but they have all grown-up with a sixth sense when it comes to wet paint bless them!
Joe just got busier and busier and gradually I moved from the ‘crafts’ type painting to the economically more viable furniture side. In the ‘90’s we did a lot of rag-rolled and dragged effects on kitchen doors which was very trendy then, not so called for now! Around the millenium, pattern and texture disappeared and we began spraying big time. I just sprayed components and rarely saw what they became, this was face mask and overalls business! It became impossible to keep up with the workload around the children and I went back to hand-painting when required and Joe took on 2 guys to do the spraying full-time.

And now I find myself in the happy place of re-vamping ‘tired’ kitchens, painting new and constantly being inspired all over again! There is a fusion of pattern, texture AND lean and clean going on which just suits me down to the ground! Hopefully my hands will work right into old age, it’s so satisfying!Old kitchens have lovely stories to tell and with new ones you know there WILL be tales in the future. But more importantly I hope that the combination of hands, heart and soul goes on, that’s the trick to it and keeps me coming back for more – as long as I’m having a lovely time :0) 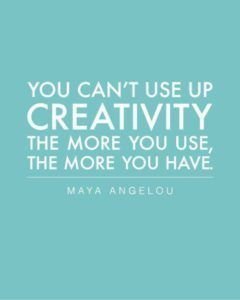